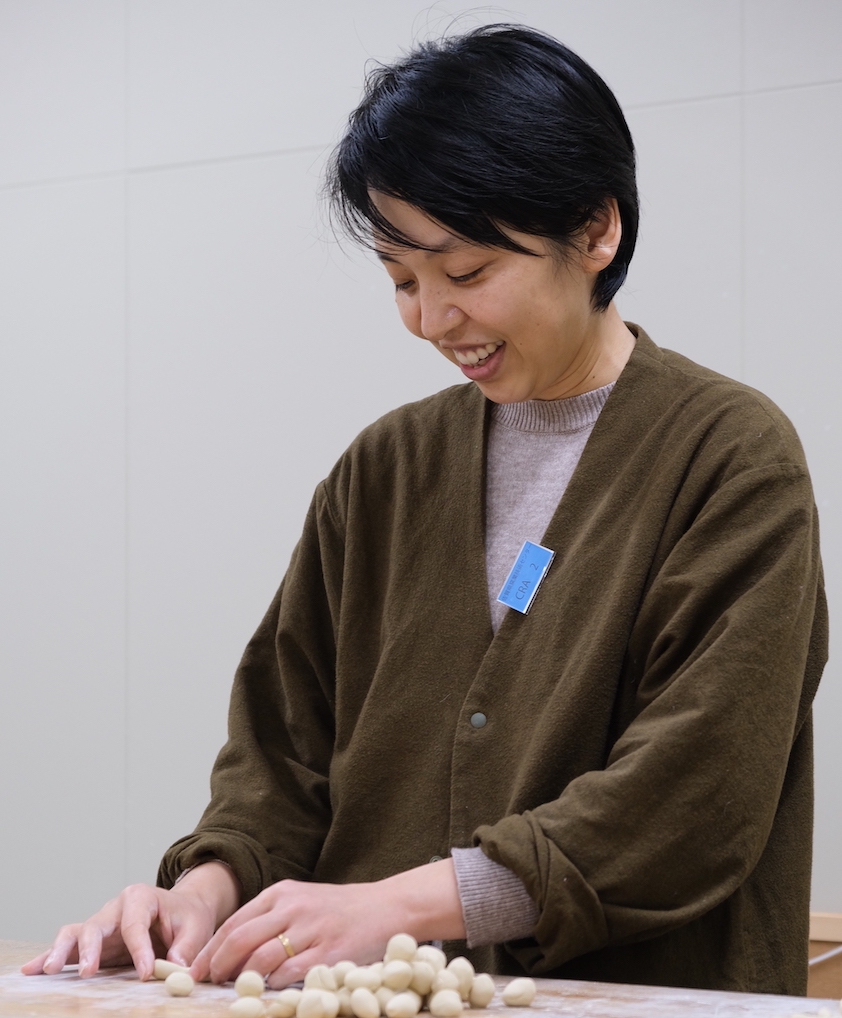 After finishing her post-graduate degree in ceramics at Tama Art University she moved to the Netherlands where she studied at the ceramics department of the Gerrit Rietveld Academy and took a post graduate degree at the Fine Art department of the Sandberg Institute in 2009.
She has participated in several residencies in Europe and Asia and her work has been exhibited around Europe and Asia as part of group exhibitions, solo exhibitions or art festivals.

Her work is based on a world where situations are constantly changing. It is a system in which everything affects everything. There are relationships and connections between all things, no matter if they are living organs or lifeless objects. I see these relationships as a primitive and fundamental pattern which is repeated endlessly.

One of the ways she visualises this pattern in her artwork is by crossing a hard and soft material in a very simple and childlike way. Relationship between hard and soft can be found everywhere, for example in nature where air current is slowly changing a shape of a mountain.
She tries to create new relationships by adding her artwork to an existing landscape and looks for new connections in most common places of our everyday life, both inside and outside.

During the pioneering period of Arita ware Baekpasun led a group of potters and her family from Takeo to Arita. A leader woman, she was considered the mother of Arita porcelain until her death in 1656 at the age of 96. In recent years, a new theory has emerged that she, the heroine of Arita, had pierce marks for earrings.

Asayo Yamamoto was fascinated by this mysterious and interesting aspect of the history of the women behind Arita ware and decided to make her work like earrings as a tribute to her. These are Baekpasun’s earrings, rather different from the pearl earrings in the famous Dutch Vermeer painting.

Now raising her own children in Tokyo, Yamamoto had almost forgotten that once upon she used to wear earrings too. Her holes for earrings had even closed. Perhaps, by making the earings in Arita, she wanted to regain the time and energy of those days. Touching the porcelain clay in Arita, was a way for Yamamoto to connect with the energy of Baekpasun.

The 13th generation descendant of Baekpasun is still in Arita working as a paint producer. For this project Asayo used his Gosu and a technique called Dami (filling in surfaces with underglaze paint; a job traditionally done by women within the division of labor system that was practiced after the Meiji period). Yamamoto started combining soft and hard materials when she was studying in Amsterdam. Using bicycle rubber and wool, she plays with the combination of the coldness of Arita porcelain and the warmth of different materials to create temperature differences.