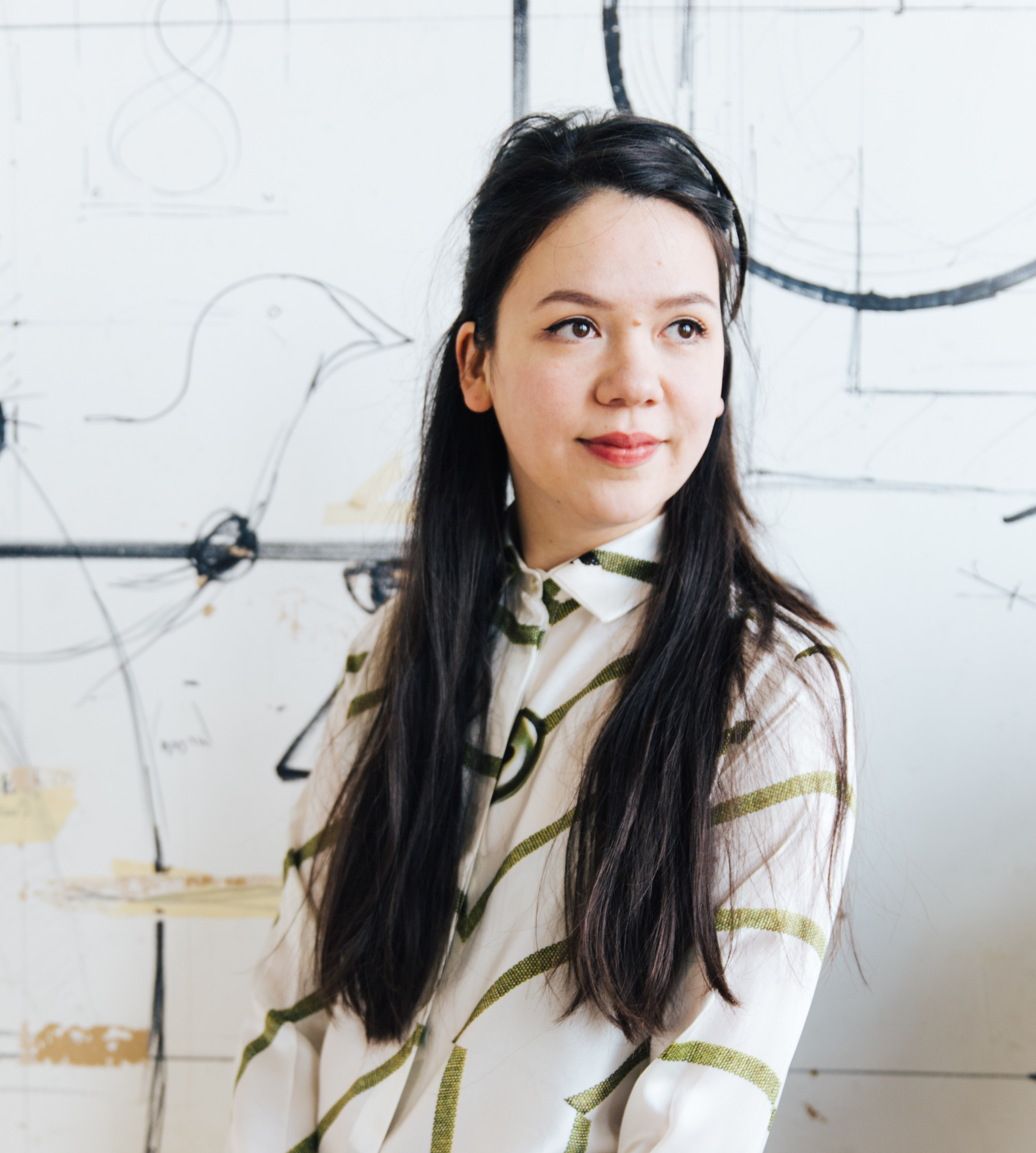 Lisa Konno is a fashion designer based in Amsterdam after she graduated in Fashion Design at Artez in 2014. Lisa aims to walk a different path in fashion and work on projects that use design to tell socially relevant stories.

She started in 2015 by making collections from textile waste that made statements about the unethical habits of the fashion industry. Collections such as “For The Workers” (2015) and “Yours Truly” (2016) were shown at the Amsterdam Fashion Week. Other expositions such as “Collect” were shown at the the Dutch Design Week and Tokyo Design Week. In 2018 she won the Young Designer prize at the Dutch Design Awards.

Since her work on the award winning short film NOBU – a stylized portrait of her father – filmmaking became a place for her to express narratives through fashion. She uses the optimistic, fun and aesthetic look that fashion can bring, to point out human stories, instead of using fashion’s appeal to seduce into overconsumption. The film NOBU (2018) was followed by BABA (2019) and HENK (2022). She also oversaw the fashion and concept of “Goodwill Dumping”, a documentary exposing the reality of clothing donations.

Lisa creates fashion through her own studio for various brands such as Afriek and others. Her work has been shown at the Paris Fashion Week and commissioned work has been exhibited in several influential museums such as the Rijksmuseum.

Currently she is experimenting with fashion in combination with documentary, ceramics and performance, trying to create flexibility and relevancy in what it means to be a fashion designer. A work in progress that is, as is fashion, ever changing.

With the residency I hope to find a way to conceptually and practically combine Japanese and Dutch cultural history while also bringing together Japanese craft & Dutch craft. I expect to research and find a way to incorporate ceramics in my way of working with fashion design.

I would love to learn about the history and craft of ceramics from all the local makers and hope to incorporate what I learn from them in the work I make during and after residency.