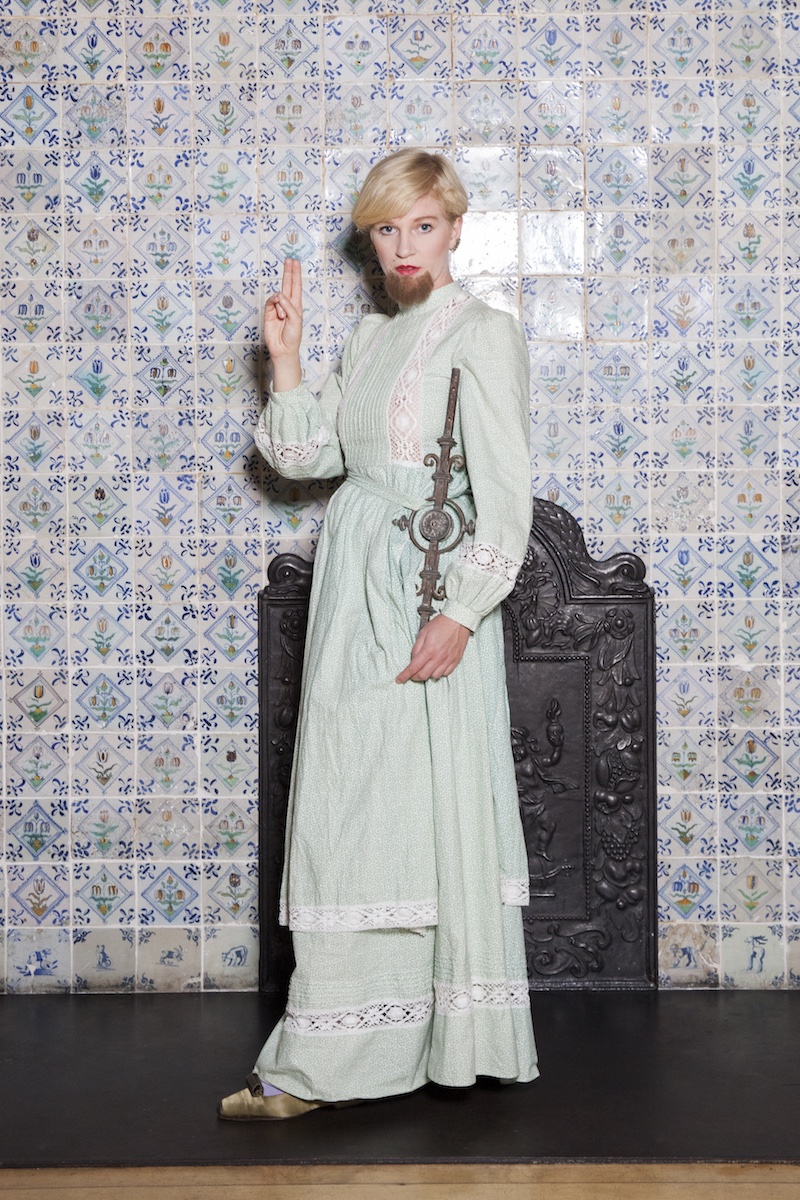 Susan Kooi graduated from the Gerrit Rietveld Academie, Amsterdam in 2012. Since then she has been active as a multidisciplinary visual artist based in Amsterdam. Alongside her individual artistic endeavours she is also part of the performance duo echo+seashell and a founding member of artist initiative Samet Yilmaz. Kooi has previously exhibited a diverse range of her solo works including Comet Vintage, Dragon of Time, Fossils, Pterodaustro, Australopithecus (Fertile Soil For Melancholy), Blue Earth and Lutra Lutra Lutra. In addition, her collaborative works such as The Castle, U.F.O., Timeless People, Lucy 2012, RW NW PRT M HRW and Nature have all been displayed to widespread acclaim..

During her industrious stay on the residency programme, Kooi produced the book ‘Lonely Planet: Yamatai Koku’ (the name refers to a land in ancient Japan dating to the late Yayoi Period c. BC300-c.300AD) along with a short film and associated ceramic figurines. ‘Lonely Planet: Yamatai Koku’ is the second part of a triptych in which Kooi travels to Italy, Portugal and Japan to immerse herself in various traditions of ceramic craftwork. The project reflects on how artefacts signify a certain meaning during their lifespan and are then carriers of meaning for extraction and interpretation in the future. Kooi continually seeks evidence of an object’s use and meaning, both in real and fictitious terms, with the resulting stories coming together as an actual written publication in the form of a travel guide. This alternative guide accompanies the objects made during the artist’s residency and tells the tales behind these artefacts that were either discovered or made by Kooi around Saga Prefecture.
We were stimulated by her diverse and inquisitive approaches and the fruits of her time in Arita can be seen in ‘Lonely Planet: Yamatai Koku’ (published by Printed Matter) and her ceramic figurines featured as part of the Creative Residency in Arita Exhibition at DDW 2917.